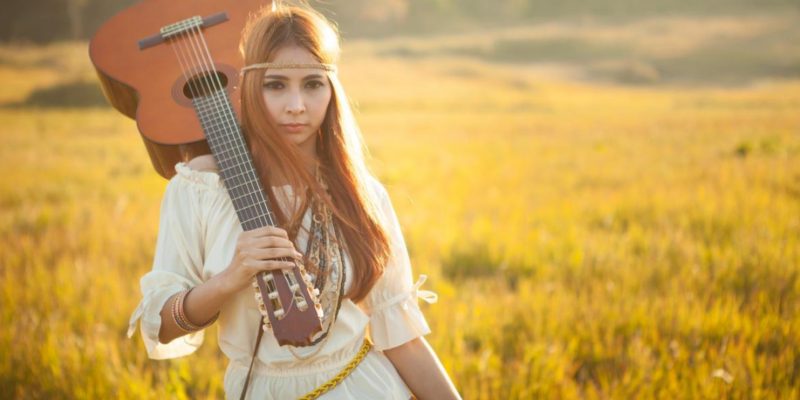 The term bohemianism, as the name or definition of a cultural group or movement (or subcultural), appears in the 19th century in the work of the romantic Henri Murger “Scenes of Bohemian life” (1847-1849), 2 a kind of biographical novel-essay or Fiction. It served as a guide and inspiration to Major later works in various fields of art. For example, the opera The Bohemian of Giacomo Puccini or even the Louise by Gustave Charpentier and the Carmen by Georges Bizet. The city of Paris is considered to be the original scene of the socio-literary phenomenon.

Frequently, the term “bohemian” is used interchangeably, to refer to anyone from the rock band The Rolling Stones Keith Richards to British model Kate Moss. It often refers to someone eccentric, rebellious and indifferent to morality, but Bohemia was and perhaps is still current that goes far beyond that.

So what is it to be bohemian and how to identify one? Could you be one of them?

British writer Virginia Nicholson, the author of “Among the Bohemians,” tells that, in a way, we are all Bohemians today. Bohemian has initially been a pejorative term that applied to gypsies, as the French thought they had come from the Bohemian region of Central Europe.

In its definition, the Oxford dictionary says: “Especially an artist, writer, or actor, who leads an irregular life, free of bonds, medium, hobo, and who despises the conventions.” But the term has also acquired a romantic connotation.

From its origins in Paris, around 1850, and thanks to the enormous success of the play of Henry Murger “Scenes of bohemian life,” these values are propagated quickly.

No one is richer than me on Earth – This is how Gypsy clothing gained fame in the fashion world, giving rise to a style that today persists through bohemian lovers such as British Actress Sienna Miller or model Kate Moss.

The foundations of this current date back to the Romantic movement of the 19th century, which gave the Bohemians an almost religious air and sense.

In Giacomo Puccini’s opera “La Bohemia,” the poet Rodolfo and his friends are indifferent to the cold of their attic, although the Hand of Mimi, one of the characters, freezes, symbolizing the poverty in which they lived.

In the United States, poets and writers such as Jack Kerouac, Williams S Burroughs, and Paul Bowles adopted their bohemian expression. And the prose of playwright Arthur Miller evokes the essence of what was an unconventional spirit temple in America, the Chelsea Hotel in Manhattan, which throughout its history has housed famous writers and where, according to Miller, “there are no vacuum cleaners, no rules, no shame.” “Everyone has a vision of what a bohemian is,” says Virginia Nicholson.

“The bohemian defines himself and is defined by others as someone who does not belong, who does not conform to the rules of the common.” Bohemians were typically from the cities, had a liberal view of the world, and had few political passions. But above all, they were creative.

Above all, they challenged the values of home and family and the false morals that, for them, were associated with them. In essence, bohemia represented a personal, cultural and social reaction to bourgeois life.